Why History Matters if You Work in Marketing

Did you hear about American Apparel’s social media snafu last week? Apparently one of the social media managers was attempting to be festive for the July 4th holiday. Did he or she provide the obligatory patriotic image of the Stars & Stripes, the Liberty Bell or fireworks bursting over a city skyline? Nope. What about any images of baseball, hot dogs and apple pie? Nope, nope and nope. 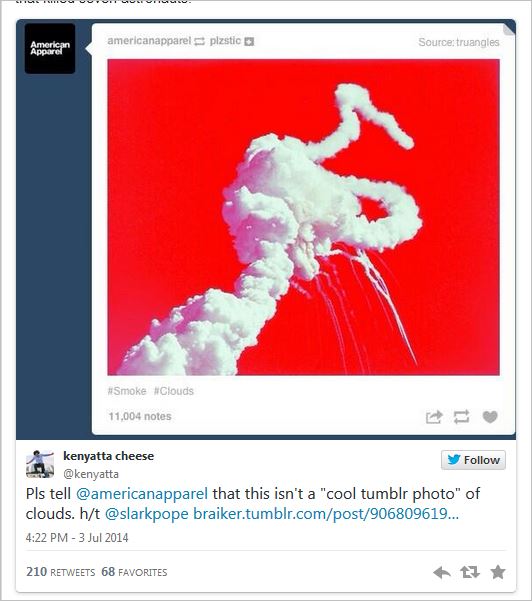 Instead, this person chose to use what he or she thought was a cool photo and re-blogged on the brand’s Tumblr account an image of the space shuttle Challenger exploding. You know the photo – it’s the one of the white trail of smoke that loops around against a deep blue sky. Accompanying the photo were hashtags with “smoke” and “clouds,” and the blue sky was changed to a red background.

#Fail. The image was immediately recognized and triggered a deluge of shaming responses that lit up Twitter as American Apparel was called out on such an egregious American error on the most American of holidays. Here’s the company’s response:

“We deeply apologize for today’s Tumblr post of the Space Shuttle Challenger. The image was re-blogged in error by one of our international social media employees who was born after the tragedy and was unaware of the event. We sincerely regret the insensitivity of that selection and the post has been deleted.”

Okay. I accept the apology. What I don’t accept among younger people today is what I have often observed to be a lack of iconic historical knowledge, accompanied by a blasé excuse that they truly believes gets them off the hook: “That happened before I was born.”

Really? No seriously, really? That attitude would be akin to me – born in 1967 – not knowing or caring to learn anything about WWII and its significance today, just because WWII ended 22 years before I was born.

I’m not suggesting that everyone in business have a history minor. But I do think that advertising and PR executives should realize that knowing key social, economic, and historical events and trends of years gone by is an advantage for them now for three reasons: 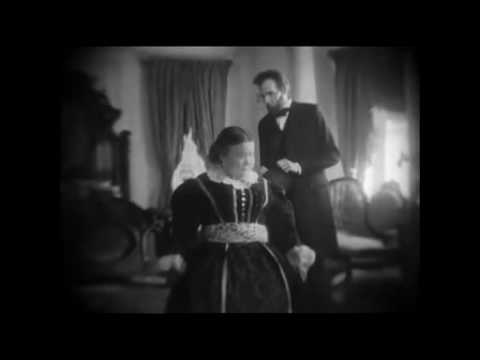 1) Being informed and well-rounded makes for more a marketable job candidate. It gives an edge to those that are able to draw from the past in order to help solve current business challenges and to generate creativity today (most of the best Creative Directors I know have a keen understanding of history that they have successfully incorporated into great client work – think of the Geico ad with Lincoln and his wife, Mary Todd Lincoln to be exact).

2) It prevents future offenses like the American Apparel one – or something even worse – from occurring in the future.

3) It helps you do your job better. As a marketer it gives you a better understanding of your target audience, and to me, that’s what it’s all about. Your target audiences’ past experiences have played an important role in shaping their buying habits and purchasing power today.

Think about it. You could be missing a game-changing opportunity to engage and truly resonate with your target audience; all because you weren’t born before “Friends” originally aired.

I’d love to hear your thoughts on this.